i'd love to play this game, but i can only get it to run for about 15 seconds before it crashes

This game is definitely a strange one with the strangest protagonist I've ever seen. I must admit, I don't like Parsnip, the character, the game is great. I cared more for LeRose and Bell. LeRose looks great in this game and I really miss her dark clothes in the sequel. Hopefully she will put them on again in the future. The look of the whole game is absolutely stunning. Together with the story it's the cutest dark game I've ever seen. You always do a great job with the stories you tell. I hope you won't stop with it because your games are amazing.

That's just great. Fascinating, thank you for that. <3

No offense, but I see so much beer bottles everywhere!

The game is a demo or is it finished?

This is an amazing game with great characters, pretty art style and spooky atmosphere. However, this game completely destroyed my gpu for some reason.

So every time I press start the game crashes after  like 10 seconds. does anyone know how to fix it?

Spoiler: I felt so bad for Squirrel Girl when she got kidnapped, she's just a baby. Sure she is naughty but finding nothing but her little scate  and candy on the floor where those freak sheep took her is so sad. Thankfully she can be saved.

I would like an option to kill of Parsnip, the little pervert violated LeRose. Poor LeRose, she doesn't seem like such a bad woman. But she is loony and messed up. But I still think there is care in her heart as she did not want to give anything that could be dangerous to the bunny ba*****.

The ending where Parsnip dies while playing with a toy trumpet. XD I would like to see that. He's like, "Doot doot!" and chockes or something and dies.

LeRose is my favorite character.

So I originally downloaded Parsnip onto my desktop and it took a while for it to start up. When the instrustions came up I accident got out of the instructions and it crashed and closed out of the game comletely. I tried a few time to get it to start and it kept doing the same thing. So I decided to go through the itch.io app to try to play the game and it still crashes. I'm not quite sure why it does that or how to fix it. Any kind of advice would be really helpful.

Hey, so I've been trying to install the game and I'm wondering if anyone else has been getting this error? 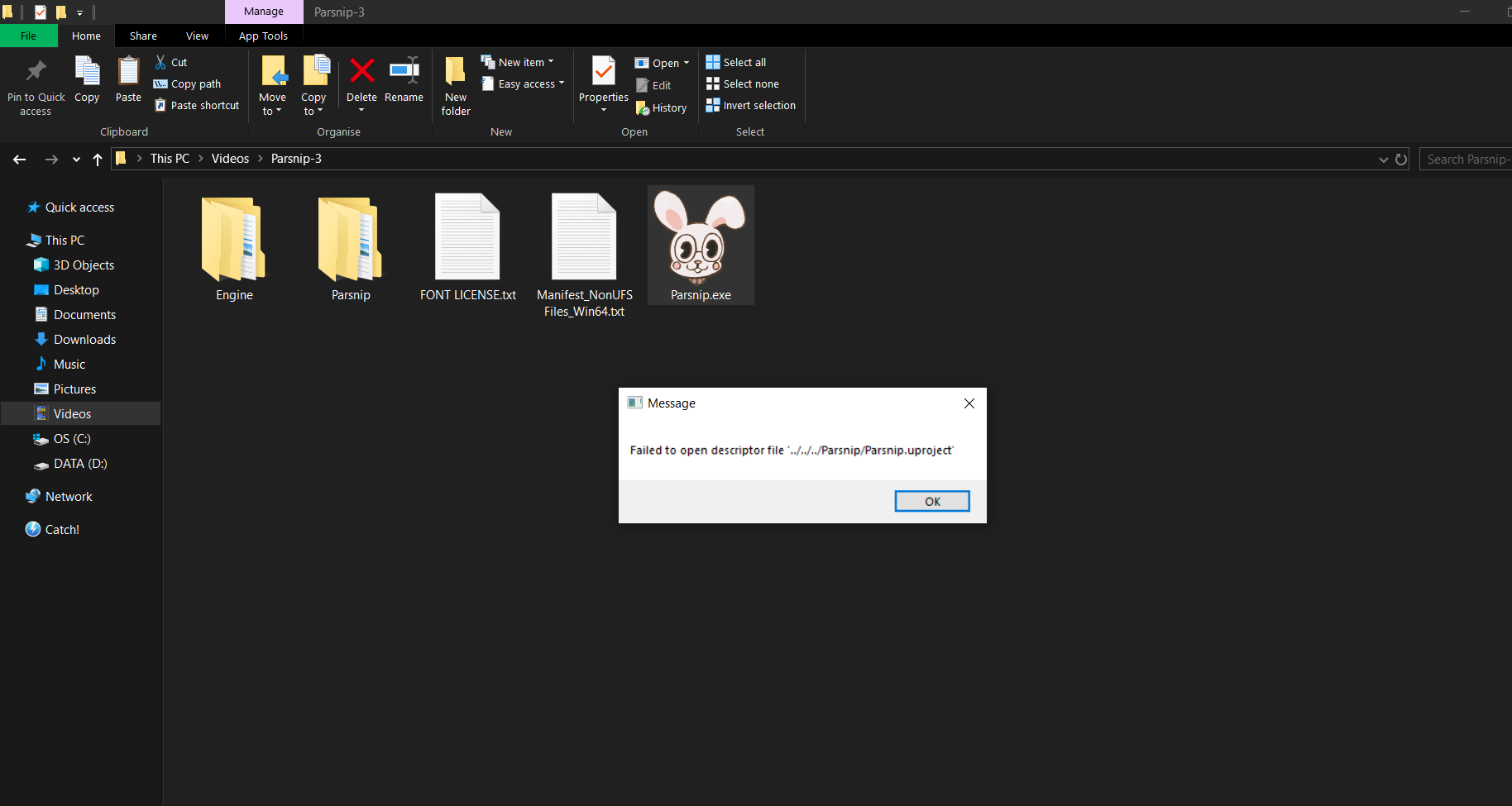 I just played it and it didn't give me any problems... try redownloading?

Hey, so I gave it a try. It seems to be the fault of the program I usually use to unzip things, Peazip. It's a little weird since I've never had the issue with other software on itch.io. :( Ah well, got it working on Winzip

cool game!! definitely did not expect it to be spooky 0_0

Does the game have multiple endings?

I ask because Bell is in the sequel, but at the end of this game (At least the end that I saw) Bell died.

I ask to know if I have to replay.

PS: I love the game, its characters and the whole concept.

God, I saw a gameplay video and it looked like Cuphead. Did you hand-animate the whole thing, too?!

UPD Just played through. It's nice but why on earth does any player like Parsnip, Jesus.

https://mezmeromania.itch.io/ hand animated and drew all of the art : )

hiya! i bought your other games in the sale, but figured i'd play this one first to get myself up to speed =] it's very charming!

i had a lot of trouble getting it to start [i think it and the itch.io app just don't play well together for some reason?], so i was worried at first that audio was broken since there was no music [certain endings aside], but i guess it's a stylistic choice? some of the sound effects really varied in volume though [the background ambience of birds was next to inaudible, for example] - you might want to reexamine the levels if you ever return to this

the art is absolutely beautiful, really lovely to see!

it did seem a little sluggish and slow to respond to input, but i guess that's probably some limitation of the engine

some of  the apostrophes got replaced by question marks, which was kind of distracting; i really liked that one gag with LeRose's speech though, haha! i just wish i could have seen the whole thing

also parsnip is such a blessed sweetheart. i love him

very excited to be moving on to your next titles!

Just a tip: Make the text more grey, now it strongly pops out and takes away the immersion. Would be nicer if it's sort of the same color as the lines of the text balloon :)

i didn't have a problem with the colour of the text myself - in fact, i think making it grey would make it significantly harder to read